The neuroscience of mindfulness 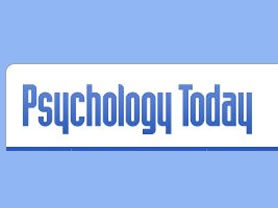 This excellent article by David Rock explains mindfulness by way of two key neural networks: the “default” network, which thinks about ourselves and our world, and “direct experience”, which takes in information through our senses in real time. People who practice mindfulness are better at using both and switching between them appropriately. It’s the latter that allows us to perceive more accurately, respond flexibly, and be less imprisoned by our habits. So here’s a strong argument for practicing mindfulness!

The neuroscience of mindfulness

We generally think of mindfulness as an idea that has been around for thousands of years, originally emerging out of Buddhist traditions. Many Buddhist researchers are doing great studies showing that mindfulness has an impact on many aspects of human experience.

I have a bit of a problem with that. When you understand the underlying physiology of mindfulness, you begin to see that any discussion about human change, learning, education, even politics and social issues, ends up being about mindfulness. That’s because mindfulness, in some ways, is simply the opposite of mindlessness. And mindlessness is the cause of a tremendous amount of human suffering.

I have a problem with something as important as deeper thinking being linked to any religion. Not because I have anything against Buddhism or against any religion at all. (Of all the organized religions, Buddhism appears to be one that generates a minimum of human conflict.) The reason I have a problem is it’s hard enough getting across the idea that being mindful is useful, without activating a threat response from the billions of non-buddhists who could benefit from it.

The value of a secular approach

One of the reasons mindfulness can be difficult to talk about, in particular when discussing mindfulness with the busy people who run our companies and institutions, is that these people tend to spend little time thinking about themselves and other people, but a lot of time thinking about strategy, data, and systems. As a result, the circuits involved in thinking about oneself and other people, the medial prefrontal cortex, tend to be not too well developed. I write more about this in a paper called ‘Managing with the brain in mind’ recently.

Speaking to an executive about mindfulness therefore can be a bit like speaking to a classical musician about jazz. It might look like they could play a little Coltrane, because they deal in sounds, but they don’t really have the circuits for it. We don’t take well to learning new skills, especially in later life, and any reason to not focus on a new skill, like it being linked to a religion other than yours, doesn’t help.

I have taught mindfulness to deans of medical schools, to senior executives at major technology firms, and to MBA students from dozens of countries. When you explain step by step, how it works and how it effects your brain, and give people a chance to experience it, even the most cynical, anti-self-awareness agitator can’t help but see that they will be better off practicing this skill. The key is to be able to explain the actual neuroscience involved. Here’s some of the highlights of how mindfulness impacts the brain, from Your Brain at Work.

(link to rest of article here)