The Noble Ninefold Path? The Complex Ethics of Right Consumption 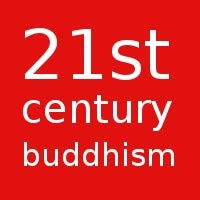 This is an excellent, thoughtful post by Dennis Hunter, on the ethical dilemmas we face as 21st century Buddhists living in an increasingly interdependent world. Today, even our simplest choices — like the food we eat and the clothes we wear — can have harmful consequences that are often difficult to avoid. How do we live in a way that creates the least suffering possible?

Roughly two-and-a-half millennia before Mill, Shakyamuni Buddha said more or less the same thing. The system of ethics taught by the Buddha, one of the pillars of Buddhist spiritual practice, is based not upon a rigid moral code handed down by a god or authority figure, but upon the principle that actions that bring about a positive effect and result in well-being are inherently virtuous and worthy of being cultivated, and actions that bring about a negative result and lead to suffering or harm are inherently unvirtuous and worthy of being abandoned.

The noble eightfold path, part of the Buddha’s earliest teachings, is a step-by-step plan for bringing all aspects of one’s life into alignment with the ethical goal of harmlessness — living in a way that doesn’t create harm in the world, but only brings benefit. Living in this way creates the conditions and the good karma that will not only make oneself and others happy, but will support one’s path to liberation.

The Buddha’s prescription for an ethical life did not shy away from the nitty-gritty: for example, right livelihood, one of the eight parts of the noble eightfold path, includes specific suggestions on which careers it would be best to avoid due to the amount of harm they typically involve. Many butchers and prostitutes are really very decent people, but the Buddha taught that being a butcher or a prostitute probably isn’t the best career choice for someone who wants to follow the spiritual path as he taught it.

In the time of the Buddha, people’s lives were harder in some ways, but also much simpler. The brutal facts of life and death were on display in a more harsh light — but by the same token, the choices one could make on a day-to-day basis were also more straightforward. As our lives have become more comfortable and secure, they have also become more complicated. Ours is a highly globalized and interdependent world where the simple choices we make in the supermarket or on the street or in our homes have ethical implications that stretch thousands of miles and impact thousands of lives…