Fear is my ally 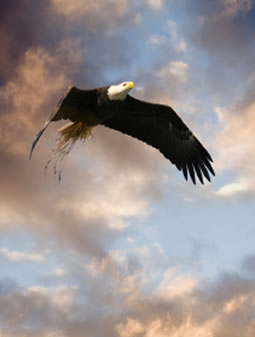 Fearlessness isn’t the absence of fear, but the ability stay with one’s fear and use its energy wisely. Working with (as opposed to fighting against) our fears can point us toward our own place of freedom.

We tend to think of fear as a bad thing. Something that gets in our way. After all, one of the enlightened qualities of a Buddha is fearlessness. Doesn’t that mean we should work toward eliminating fear from our experience?

Let’s think about what fear is. On one level, it’s the instinct that propels us to run when we’re in danger. Think caveman running away from tigers and bears. Heart-pounding adrenaline.

Now let’s dial down the intensity to normal everyday levels and remove that dreaded bite. It might help to imagine that same caveman walking through the woods without being chased, but still needing to be vigilant. What are the basic qualities at play here? I imagine he’d be mentally alert, with all his senses open and fully receptive. He’s physically alert as well -– nimble and ready to respond immediately and appropriately to any new sights and sounds. His mind would be clear and engaged. He’s in the present, and ready to deploy any of the skills and knowledge in his mental quiver. It’s his instinct and intuition that’s engaged. He’s in a state of readiness –- not to the point of hyper-anxiety –- but a clear, focused alertness that can respond intelligently to whatever comes his way.

Those qualities, I would argue, are the gifts that fear gives us. If that caveman had nothing to fear, he’d feel no motivation to be so keenly engaged. He’d just blunder through the woods, self-absorbed and doing whatever. So if we tone down the intensity of fearful energy and strip away our idea that it’s “bad”, we find underneath it an intrinsic motivator for actively and intelligently engaging with our world. It also has the potential to draw out our inner resources that we may not even be aware of. It’s a force that can move us forward.

In our present society, fear isn’t so much about physical danger. Most of us don’t encounter bodily threats regularly like that caveman did. For us, fears are mostly of the psychological kind –- like risking a leap into a new job or relationship, or a fear of loneliness or a lack of money. But fundamentally, all fear is the same.

I think we’ve so oversold ourselves on our collective belief that fear is “bad” that it’s become a hindrance. Sure, we all encounter fear from time to time, and yes, it’s very unpleasant. But I sense that what we’re really afraid of are our uncomfortable feelings about the fear, not the object of the fear itself. We hate that gnawing in our gut so much that we try to run away from it –- an instinctive reaction from our caveman days. But we can’t run away from ourselves. Not only is it futile, it’s also self-defeating.

If we have a particular fear that comes up repeatedly for us, I think it means we’re up against a self-created wall that we know is limiting us. We’re at a boundary and know there’s freedom on the other side. That emotional charge wouldn’t be there if that thing on the other side weren’t so important to us. But it doesn’t feel safe to go there. And the more we try to fight our fear, the more it engulfs us. It fills our minds and dictates our thoughts. We’re left immobilized, and boxed in the same old limited place. There’s an adage that goes something like “what we put our attention to is what grows.” So this is another illustration of that principle.

Rather than fighting our fear, what if we used it intelligently, like that caveman walking through the woods? When we feel fear, we’re not in any real danger in that moment, are we? So stop, take a breath, and be with the fear. When we feel that emotional charge, recognize it for what it really is –- our wish for freedom. It’s something to be welcomed, nurtured, and cherished. Let’s use it wisely.

So when the fear temperature rises, stay with it. But don’t fight it or indulge it. Recognize any doomsday thoughts that come up for what they are — just thoughts. In that moment, with your heightened awareness, look for what’s really calling for your attention. What’s one step we can take to move forward? As we sit, mindfully listening to our fear, we gradually loosen its hold on us. And slowly, we build our confidence to really step through to the other side, in an intelligent and grounded way.

I’ve grown to see fear as my ally. When I listen to it, it points me in no uncertain terms toward where I need to go. It’s not just any helpful direction, but the exact place where I’m most in need of breaking through. The flip side of the same coin of fear is courage, or the fearlessness of the Buddha. Ironically the more I embrace my fear, the more strongly I connect with those little wisps of courage I can find within me.